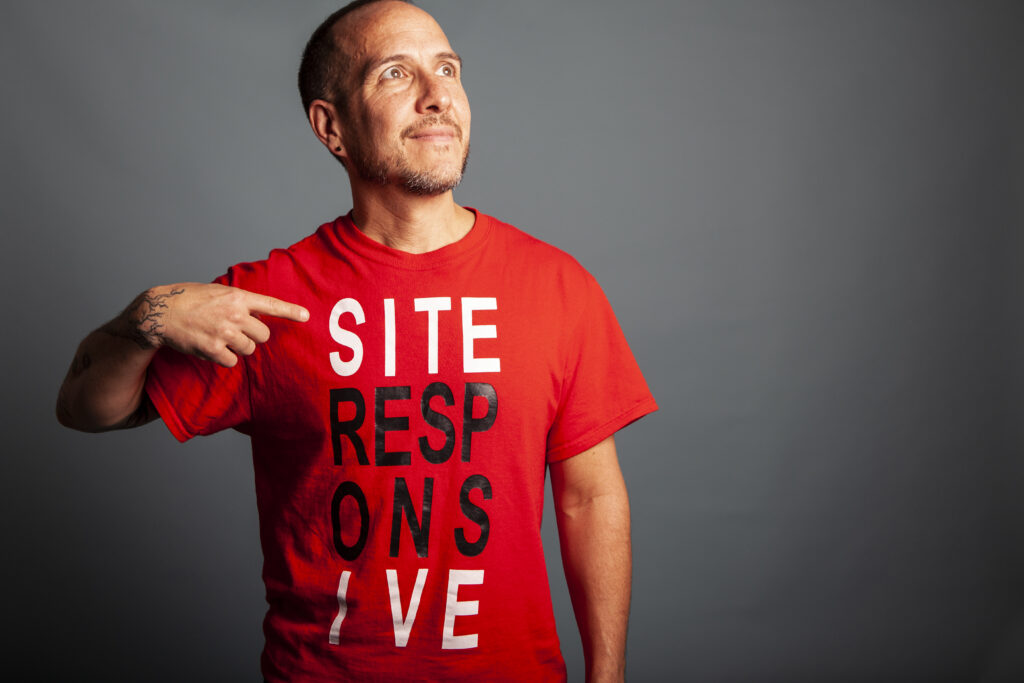 RM Sánchez-Camus (Marcelo) is a UK-based creative practitioner born in New York City to parents who emigrated from Chile. His experiences living in Pinochet’s dictatorship, watching 911 unfold from a rooftop, and post-brexit Britain have shaped his interest in democratising culture through collaborative works of art. He aims to uncover social narratives while giving a space for reflection. His practice incorporates community co-authorship into installation, performance, and text with a focus on co-creation, participation, psychogeography, and community wellbeing.

Marcelo’s commitment to social engagement and site-responsive work has led him to realise diverse projects in the social sphere, such as publishing Elan Calls, a creative guide to a nature reserve in Wales; the touring project The Print Shop: Rise Up!, a pop-up DIY slogan printing space; and devising and directing El Tiempo Indómito, a social circus show in Colombia about local culture.

An important strand of his practice is the building of support and exchange systems for artists, curators, activists and scholars working in social art practice. Marcelo is the co-founder and organiser of Social Art Network, a UK wide association of creative professionals dedicated to socially-engaged work. He co-convened the Social Art Summit, the first national UK review of socially engaged practice. He is a creative consultant on Axisweb’s Social Artery and Social Art Library (SOAL), two new online platforms dedicated to building legacy around social practice. He is also the Lead Artist on Social Art For Equality, Diversity and Inclusion (SAFEDI) AHRC fellowship with Manchester Metropolitan University.

He has extensive experience in arts & health with a focus on arts as a therapeutic intervention in death and dying. Marcelo worked within hospice settings creating partnerships with major museums in London. He co-convened the conference Facing Death Creatively from 2015 to 2019, the only conference focused exclusively on art & death.