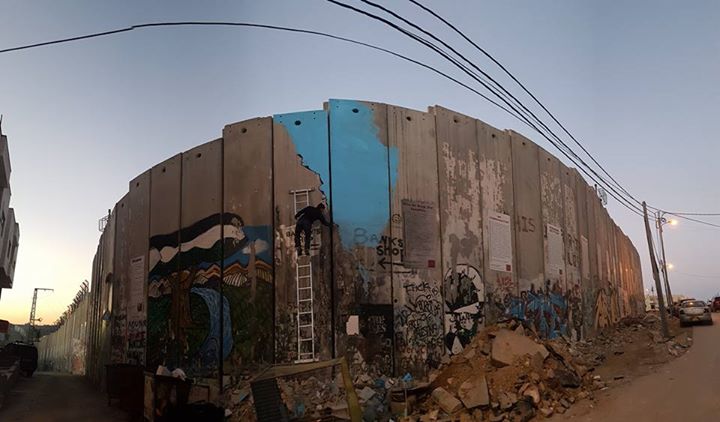 Large-scale mural seeking a way to represent work created by locals, as opposed to foreigners, on the apartheid walls. Developed in collaboration with local activist and alternative tour guide Salah Abu Laban. The mural highlights the Tomb of Rachel, an Ottoman-era mosque from 1560. It was left behind the wall that went up after the Aqsa intifada in 2000. The mosque was then turned into a synagogue.

Shortly after completing the mural, the Walled Off Banksy Hotel opened to much international media attention, unbeknownst to us as we painted through tear gas and disturbances. The media attention helps highlight the continuing conflict.