A month-long programme of performance installation following the structure of Giambattista Vico’s Scienze Nuova or New Science, a philosophical tract of 1730 that posited the notion of an ‘ideal history’ consisting of three endlessly repeating cycles: Gods, Heroes and Man. Each revolution of three was followed by a cataclysmic Ricorso or return to Chaos.

Each week of the exhibition took one of these cycles, identified by Vico, for its inspiration. Gods, Heroes, Man, Chaos.

LOTOS collective was a London-based artists’ collective working towards the creation of hermetic worlds in their scenographic practice, the delivery of a ‘total experience’ by immersing the audience in the themes and aesthetics of the work. LOTOS developed projects of time-based performance media, including live-art, film, video, and spatial design. 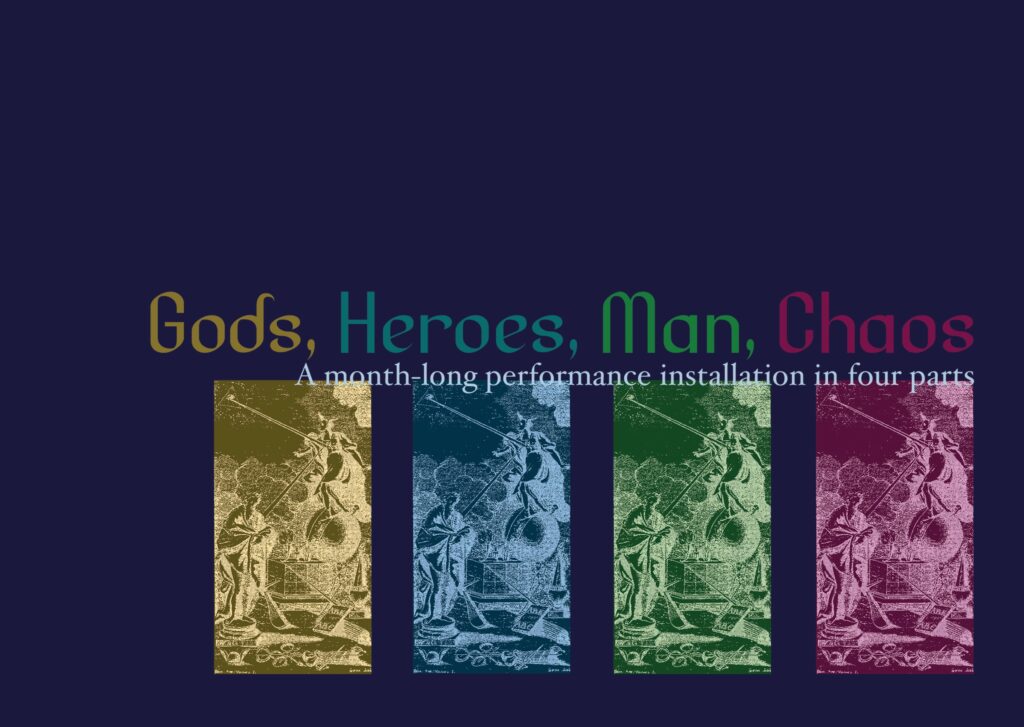 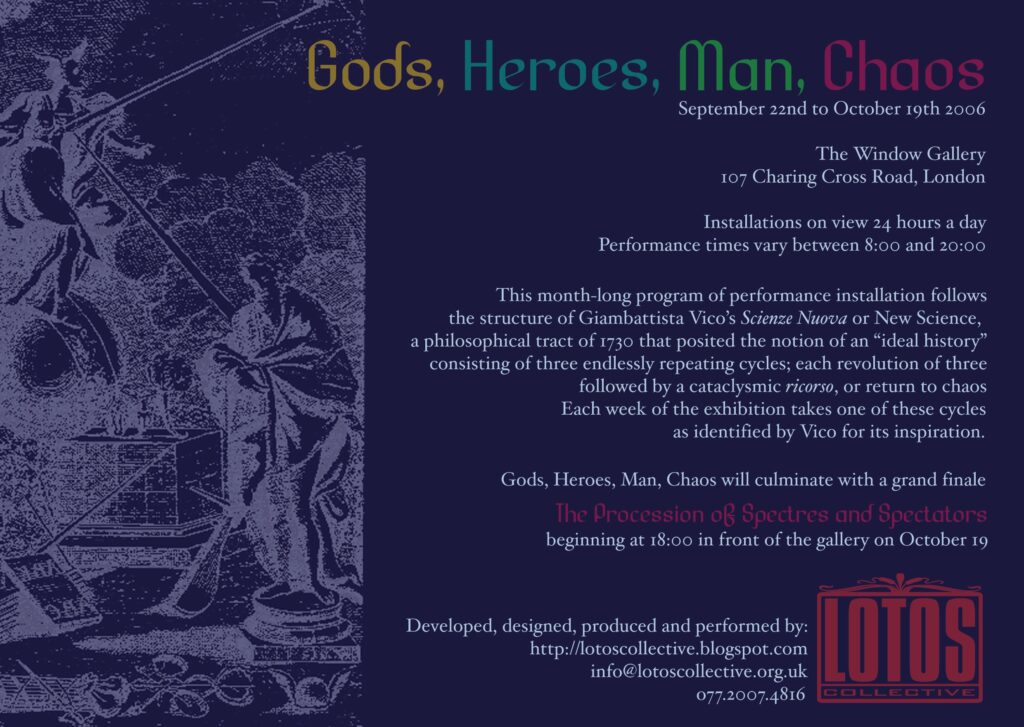 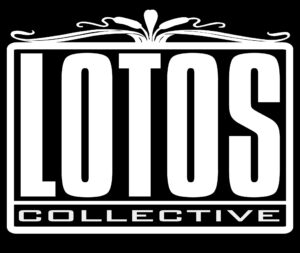